Indie Game: The Movie (IGTM) is a documentary about independent game developers. When I saw the trailer in July 2011, I saw a shot of a real computer screen filled with real computer code. Here’s that movie about programmers that I’ve been clamoring for, and I was excited.

I saw the movie in April 2012 at the Brattle in Harvard Square. It completely exceeded my expectations, and I highly recommend it! This movie is essential viewing for anyone at all interested in people who design and write computer programs. Directors James Swirsky and Lisanne Pajot have produced a beautiful film that anyone in the industry can be proud of.

IGTM covers the history of modern computer gaming, and how Steam gave rise to the "independent game". These are games built by small teams, sometimes as small as one or two people. These games are the complete opposite of AAA games produced by the big studios. Think of indie games like independent movies, or self-published books. Some of these indie developers even achieve a level of financial success that many of us would consider a jackpot.

Where IGTM succeeds is in documenting the motivations and sagas of three developers in various stages of getting their creations out there. Edmund McMillen reminisces about his isolated upbringing, and the kinds of games that he created as a result. Tommy Refenes, a confident programmer, finds himself pushed to exhaustion by the sacrifices that he and Ed had to make to release their game, Super Meat Boy. Phil Fish is cranky, and nearly broken by the weight of his unreleased game, Fez, and all his unmet expectations.

The movie weaves these narratives very skillfully. Interspersed in these threads is Jonathan Blow, speaking from the perspective of indie game success. He reflects on how his game Braid really didn't have promise until he made it more personal. He also reflects on his success, and what it did and didn't bring him.

By following these stories, instead of spreading the narrative too thinly, the movie creates an emotional connection that elevates it. This is not a movie about programming, or the nuts and bolts of writing a video game (though there are indeed glimpses of that). Instead, this movie is about the passion, enthusiasm, and energy required to finish and release a game worthy of an audience. The main subjects of the movie show that we might even have what's required in ourselves.

Anyone who has to make the computer do something unique is ultimately engaged in a creative work. Yes, it’s a technical endeavor, and not everyone can do this work, but after you get past the technical part, it becomes a creative endeavor, one that demands a certain self-sacrifice. The same can be said for the work of writers, musicians, and movie makers. What it takes to produce your best work is commitment, and a willingness to put your personal stamp on that work. By the end of the movie, you can see the rewards of that perseverance, and it is inspiring. I was floating on air when I left the theater. I have no doubt it will do the same for you, whether you're a programmer or not. 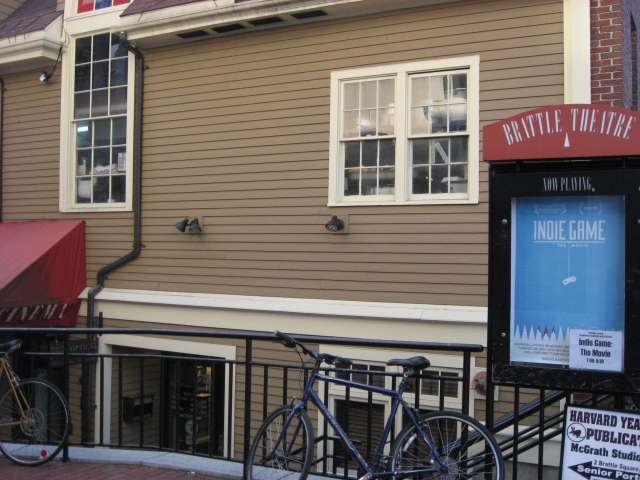 Thanks, don't even know why I haven't seen this film. I think, I will watch it at my weekends.